For years now Irish softball teams have been traveling the world as ambassadors of Irish Softball, playing in tournaments in Hawaii, Las Vegas and closer to home in the UK. The Suspects have been making an annual “Suspects on Tour” vacation since 2001 and this year made a return trip to the Netherlands. The Craicers, a team made up mostly of players from Softball Leinster, have been traveling to the World Series in London every other year and were just playing there this past weekend. One of the more exciting softball vacation trips is when an Irish team travels to the United States where the sport is played on immaculate fields and enjoys a popularity we are not used to here in Ireland. 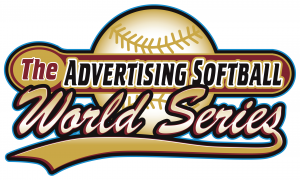 One American tournament that has tempted Irish teams to make the trip before is the Advertising World Series (adworldseries.com) three days of games, 12 games in total this year to take place in Hollywood Beach Florida. This year the Sons of Pitches, a traveling team founded in 2014 and made up of players from Softball Leinster, Munster and Ulster, are making the trip to Hollywood Beach, Florida to compete in the Advertising World Series. The location changes each year and is chosen based on playing facilities available and whether the city/hotel accommodation is “vacation-worthy” for people to make the trip. This year in Florida the Sons of Pitches will be staying at a brand new hotel on the beach – Jimmy Buffet’s Margarittaville.

The SOP players traveling to the Advertising World Series are from a variety of Softball Leinster clubs, the Renegades – Jonathan Spielberg, Colin McDonnell, Kate Mc Carry and Nora Tobin, Castleknock – Elaine O’Donohoe, Anthony “Pippo” O’Grady and Baz Maguire; from 2Pak’s Thunderbolts – Johnny “Boom Boom” O’Brien and finally formerly with Marlay Softball Club – Kelly Glander. Softball Leinster wish this traveling Irish team the best of luck when they head off at the end of this month to compete at the Advertising World Series on the 28th, 29th and the 30th of September.

View all events
We use cookies on our website to give you the most relevant experience by remembering your preferences and repeat visits. By clicking “Accept All”, you consent to the use of ALL the cookies. However, you may visit "Cookie Settings" to provide a controlled consent.
Cookie SettingsAccept All
Manage consent

This website uses cookies to improve your experience while you navigate through the website. Out of these, the cookies that are categorized as necessary are stored on your browser as they are essential for the working of basic functionalities of the website. We also use third-party cookies that help us analyze and understand how you use this website. These cookies will be stored in your browser only with your consent. You also have the option to opt-out of these cookies. But opting out of some of these cookies may affect your browsing experience.
Necessary Always Enabled
Necessary cookies are absolutely essential for the website to function properly. These cookies ensure basic functionalities and security features of the website, anonymously.
Functional
Functional cookies help to perform certain functionalities like sharing the content of the website on social media platforms, collect feedbacks, and other third-party features.
Performance
Performance cookies are used to understand and analyze the key performance indexes of the website which helps in delivering a better user experience for the visitors.
Analytics
Analytical cookies are used to understand how visitors interact with the website. These cookies help provide information on metrics the number of visitors, bounce rate, traffic source, etc.
Advertisement
Advertisement cookies are used to provide visitors with relevant ads and marketing campaigns. These cookies track visitors across websites and collect information to provide customized ads.
Others
Other uncategorized cookies are those that are being analyzed and have not been classified into a category as yet.
SAVE & ACCEPT
Powered by