North Dublin & Co. claim a victory over the South in a defensive dazzler

The threatening rain and lack of bus transport couldn’t deter the 2016 Softball Leinster All Stars as they lit up the night with cracking hits and stellar catches at the Pavilion Bar at Trinity College Dublin.

The North side squad, captained by John Edwards, started the game on the defensive, as Derek Ward’s Southsiders began with big bats. Big hits from Alex, Kayla, and Todd enthralled the crowd that had gathered on the patios. A luminous green Tim Courtney came up with some big hits, quickly becoming a fan favourite in his fashionable attire.

The North side answered back in the fifth, relying on the offensive power of Jen, Cate, and Paddy. Batting around, they managed to bring in six runs, bringing the score up to 10-6 to the North at the end of the inning. The Northside continued to dominate the game, ending with a decisive win.

The highlight of the game, and instant candidate for a Gold Glove Award, goes to Kayla Martell for completely robbing a homerun with an over-the-fence catch.

Thanks especially to Brian Ebbs and Jordan Sylver for umpring, Rob Atkinson for scorekeeping, and the captains for making this possible. Special thanks to all the players who made this a super showcase and the spectators who cheered and occasionally reminded the players to let the girls play. 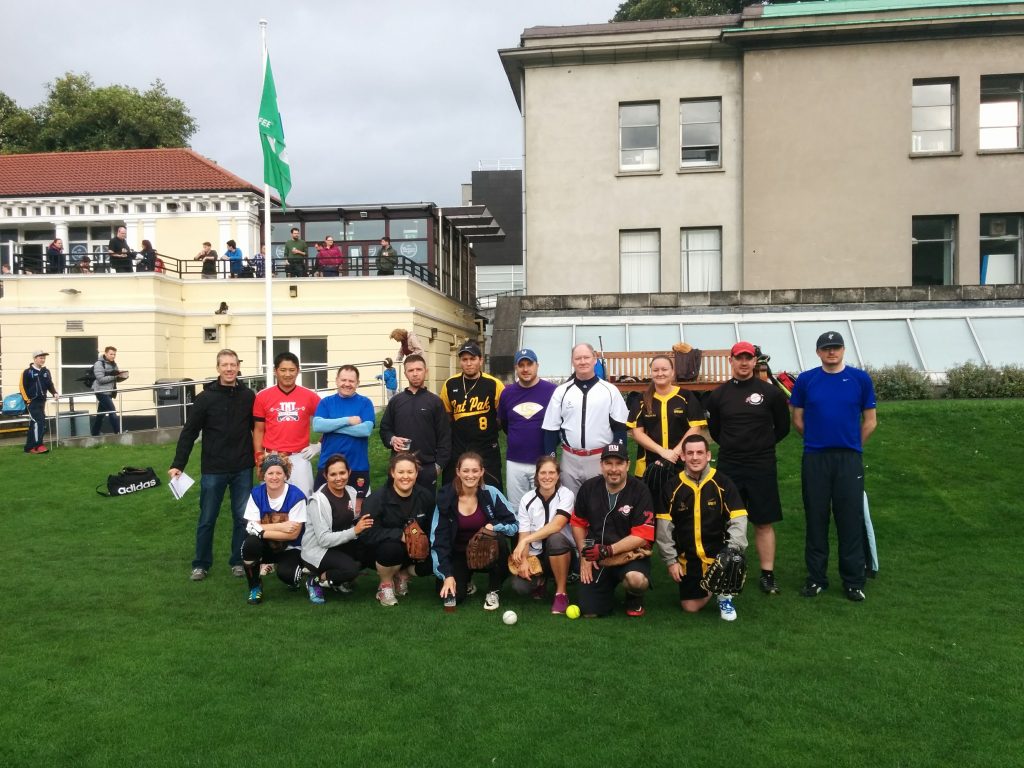 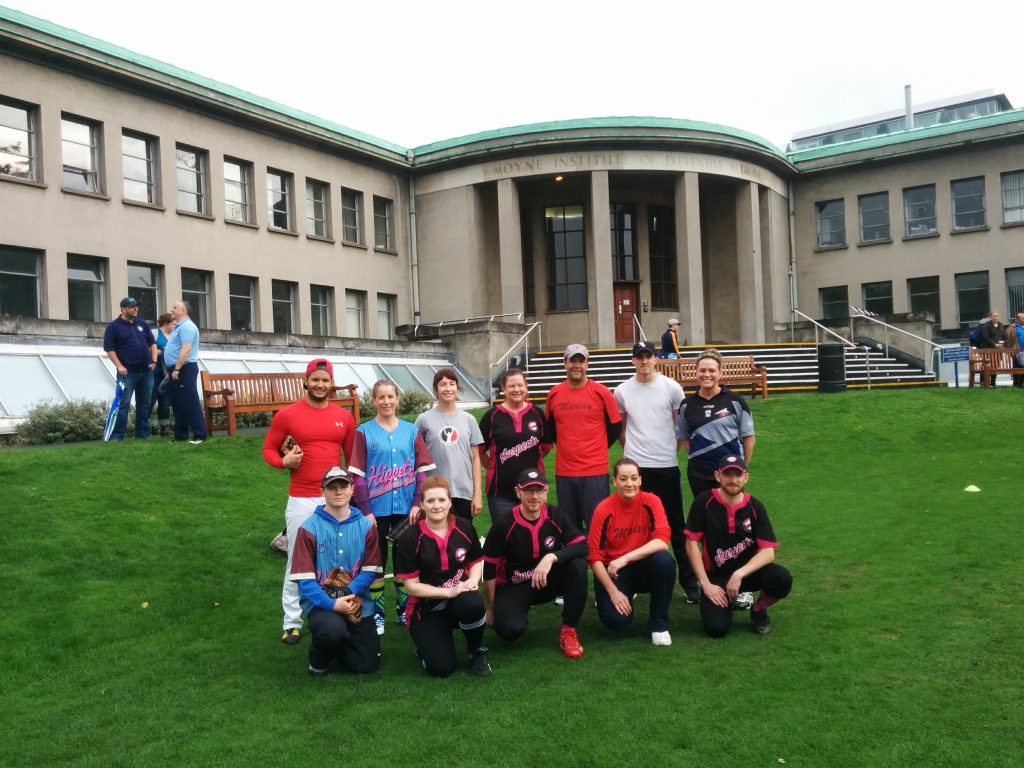 View all events
We use cookies on our website to give you the most relevant experience by remembering your preferences and repeat visits. By clicking “Accept All”, you consent to the use of ALL the cookies. However, you may visit "Cookie Settings" to provide a controlled consent.
Cookie SettingsAccept All
Manage consent

This website uses cookies to improve your experience while you navigate through the website. Out of these, the cookies that are categorized as necessary are stored on your browser as they are essential for the working of basic functionalities of the website. We also use third-party cookies that help us analyze and understand how you use this website. These cookies will be stored in your browser only with your consent. You also have the option to opt-out of these cookies. But opting out of some of these cookies may affect your browsing experience.
Necessary Always Enabled
Necessary cookies are absolutely essential for the website to function properly. These cookies ensure basic functionalities and security features of the website, anonymously.
Functional
Functional cookies help to perform certain functionalities like sharing the content of the website on social media platforms, collect feedbacks, and other third-party features.
Performance
Performance cookies are used to understand and analyze the key performance indexes of the website which helps in delivering a better user experience for the visitors.
Analytics
Analytical cookies are used to understand how visitors interact with the website. These cookies help provide information on metrics the number of visitors, bounce rate, traffic source, etc.
Advertisement
Advertisement cookies are used to provide visitors with relevant ads and marketing campaigns. These cookies track visitors across websites and collect information to provide customized ads.
Others
Other uncategorized cookies are those that are being analyzed and have not been classified into a category as yet.
SAVE & ACCEPT
Powered by